Does Chlorine Pose a Risk of Respiratory Issues and What is the Solution? 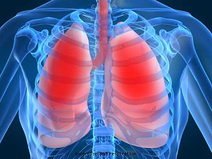 years. Obviously, I am not a doctor but I can read just fine. There are a ton of articles on the subject and I have collected some of what I thought were the better ones here.

Here are some of the findings and thoughts that these articles contain:

THE BELGIAN STUDY.  In one study in 2009 by a Dr. Bernard, which was probably the study that started this debate, the researchers studied 847 Belgian teenagers between the ages of 13 and 18. All had attended indoor or outdoor swimming pools, but at various rates of attendance. One hundred and fourteen children mainly attended pools that were kept clean with a copper-silver disinfect, rather than chlorine. The remainder primarily attended pools disinfected with chlorine.

So it sounds like that finding was the one that started this debate.  So what do you do?  The researcher in the above study had these thoughts:

WHAT TO DO.  Bernard said that if you have a backyard pool, you should use as little chlorine as you can to safely disinfect the pool. He said that many people over chlorinate their pools to get clear blue water. But, he said, "chlorine is a disinfectant, not a cleaning agent."

STUDY PRESENTED TO AMERICAN ACADEMY OF SPORTS MEDICINE.  Another article, 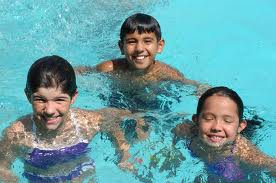 WHAT TO DO.  These researchers recommend that swimmers use pools where the chlorine concentration is kept below 0.5 PPM in order to reduce their risk of breathing problems.

THEN THERE ARE CONFLICTING REPORTS.  A more recent study in the United Kingdom seems to say that Dr. Bernard's findings were not so scientific and were wrong.

Here's what I think.  While the specifics of the debate rage on, what we do know is that our kids wheeze a lot with too much chlorine in the pool.  We know that too much chlorine deteriorates our vinyl liners and vinyl auto covers.  And everyone seems to agree that less chlorine is better for us. This leads me to the obvious conclusion that we should use as little chlorine as possible in our pools while the debate goes on.

HOW DO WE REDUCE OUR CHLORINE RESIDUAL?  Here are three ideas:

1.  Be vigilant.  Test your chemicals regularly and don't overchlorinate!

2.  Use this simple and inexpensive device.  A few years ago Perma Pools embraced technology by King Technology which utilizes silver combiined with chlorine to kill bacteria. This system allows you to have a signifigantly lower residual of chlorine in your pool than a system with chlorine alone.  This system is standard with every one of our pools. While other companies have come out with silver mineral packs, I trust King Technology the most as it is their primary product.  With this technology, our reasonable goal is 1/2 to 1 PPM of chlorine, not 5-7 like a public pool, or 1-4 like a typical residential pool with chlorine alone.  This just has to be so much healthier!

3.  Consider copper ionization for extreme chlorine sensitivity.  These systems, such as ChlorineFree USA, do not use chlorine but are expensive.

Again, read these articles about chlorine pools yourself.  What do you think is best?